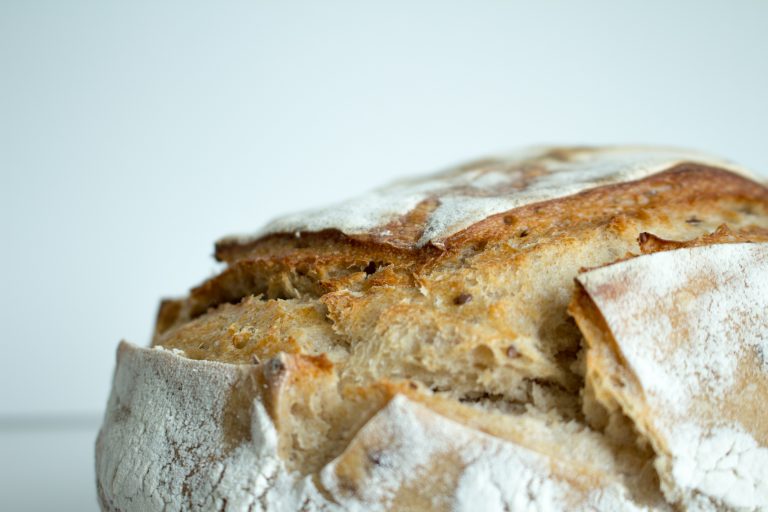 The food one had to eat at the time of Moses was the words of prophecy that God promised to Abraham and his descendants in Genesis chapters 15 ~ 17. The manna and quail at that time were mere physical food for the flesh.

The food to eat at the time of Jesus was not the five loaves and two fish, as they were just food for the flesh. The true food was the words of prophecies that were promised to the prophets in the Old Testament.

If one does not know the promises, they will not know the fulfillment of those promises. (refer to Jn 14:29). If people know yet fail to perceive, they receive destruction just like Adam’s world at the time of Noah.

What is the true food that saves when the prophecies fulfill? Today, the food one must eat in order save one’s self is to perceive and keep the promises. One must flee to the refuge according to the promise (refer to Mt 24:15-16, Rv 14:1-5). Just because one shouts out, “It’s the end of the world, it’s the end of the age, it’s the end,” this does not mean they will receive salvation; they must perceive the words of promise.

Dear everyone, and all the believers here on earth, the book of Revelation is the promise that is to fulfill at the time of Jesus’ second coming. It is the new covenant that God has established with us. This new covenant was made through the blood of Jesus (Mt 26:26-29, Lk 22:14-20). Furthermore, Jesus warned us not to add or take away words from this book (Rv 22:18-19). Do you know the meaning of the new covenant, the Revelation that is written? Do you think you can receive salvation without knowing Revelation? How can you act according to God’s will? How will a pastor who does not know the word of God and the prophecies nor knows how to teach, give you salvation?

The prophecy within the book of Revelation in the New Testament is a sealed scroll (Rv 5). This sealed scroll can be unraveled and made known only through the promised pastor. Everything that is to fulfill is recorded inside this book. The promised pastor (him who overcomes) is also prophesied within the New Testament. Do you know this content? Do you know how many times it is recorded? One should know this content, unless one is a false congregation member. Also, if you have carried your life of faith with your hope in heaven, why would you not know this crucial fact? Jesus from the First Coming was also promised repeatedly in the Old Testament, and he came according to these promises. The same applies to the New Testament.

This Revelation fulfills when Jesus and the promised pastor appear, and the true meaning and the realities can be testified after this. At this time during the time of harvest, those who are tied up with their own pastors will not be saved (refer to Mt 13:24-30).

God and Jesus are the light (Jn 8:12), and the earth was in the darkness after Jesus left (Jn 9:4-5). There will be people of light and people of darkness when Jesus returns (1 Thess 5:1-9). There are many religions across the world. However, not every religion should be assumed as a religion, but only the place where the true God is one with. The place where the prophecy fulfills, is the true religion. Not all “religious men” should be entitled as religious men, as there are evil men and good men. Though their scriptures may be claimed as truth, there are more false religious men who do not truly understand the will of the scriptures. A true religious man masters the scriptures and is connected through the revelation of heaven; just like Jesus, Apostle Paul, Apostle John, and Moses. By ringing out the old and ringing in the new, the promised pastor who opens up the new era has mastered the promised scriptures, received the revelation of heaven, and carries out actions according to heaven’s will. But how will the people in the world know?